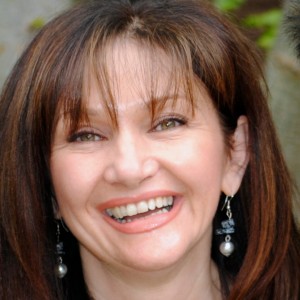 Many women don’t know they are at risk for heart disease and few of them know what to do if they are. Luckily, Cathy trusted her heart when she needed it the most.

For Cathy, everything in life is cyclical and once you receive you must give back, but chest pains were not what she had in mind. Originally from Newfoundland, Cathy was moving to Ottawa with her husband for work in January of last year. She is a registered nurse by profession and psychological health safety consultant by trade. Cathy was also an active rower and did yoga on her spare time. During the move, she began to experience chest pains.

“I just thought it was stress from the big move,” she said “Although I had lived and worked in the Middle East for work for almost two years, this was the first time I was leaving Newfoundland with my family, so I attributed the pain to that. The pain would not stop, but I really didn’t think it had anything to do with my health.”

The pain was so excruciating, she spent her New Year’s Eve at a hospital in Newfoundland. Rather than celebrating her 50th birthday with friends as planned, she had a cardiac catheterization. While the procedure was successful, it did not diagnose the blockage.

January was particularly hard for Cathy. She was in a new city and she wasn’t feeling any better. She woke up every night with excruciating pain. She thought her heart was to blame. The specialists who tracked her health thought otherwise. One specialist thought the pain might be in her shoulder. After all, she had already undergone a cardiac procedure and Cathy was a rower. Following her doctor’s guidelines, she saw a massage therapist and acupuncturist who could take care of her arm. Deep down, Cathy knew that wasn’t the problem.

“When the pain persisted, my chiropractor didn’t think the issue was my arm and neither did I,” she said. “I do a lot of yoga and I work in mental health. My job and this hobby has me in tune with my body. I knew my body was telling me something, so I acted on my convictions. I went to The Ottawa Hospital to get myself checked.”

Cathy felt some pain in the evening and drove to The Ottawa Hospital the next day; but, each time she went through those doors, her chest stopped hurting. This happened three times. The problem was significant enough that her charts were brought to Ottawa from Newfoundland. On her second visit, the nurse who followed her case begged her to come back.

After the third visit, she was finally referred to the Ottawa Heart Institute. Just as she was about to undergo a stress test, her chest pain emerged again, this time at the right place and the right time. An angiogram revealed that Cathy had a 95 per cent blockage in her left main coronary artery. It was a matter of life and death. One unfortunate incident could have caused a cardiac arrest, or worse, death. The medical staff performed a cardiac catheterization and gave her a stent.

Cathy would feel the pain re-emerged one year later and was right back at the Ottawa Heart Institute. Although a scan revealed no blockages, they discovered that Cathy suffered from variant angina: a genetic spasm in the heart that can induce blockages. It feels like you’re having heart pain when the spasm happens.

Cathy can’t row anymore but she has taken up yoga and even finished her yoga teacher training. She’s now teaching at Santosha Yoga in Westboro.

“I believe that in life there is a circle. I believe that when I receive, I must give back. I was given a new life and I must complete the circle by helping others,” she explained.

These days, Cathy offers a yoga class for former cardiac patients called Gentle Yoga for Your Heart. The class is specifically tailored to people who have had cardiac episodes. It follows the guidelines of our cardiac rehab program.

“Whenever you feel something, you need to trust your gut,” said Cathy. “Your body is wise and your muscles have memory of how it should feel. We need to listen to it and give it what it wants.”

Your family history of cardiovascular disease is a strong indicator of your personal risk. A positive family history involving first-degree relatives is generally associated with a twofold increase in the risk for CVD.

Visit yourheart.ca to learn more about the Centre. Start the conversation!