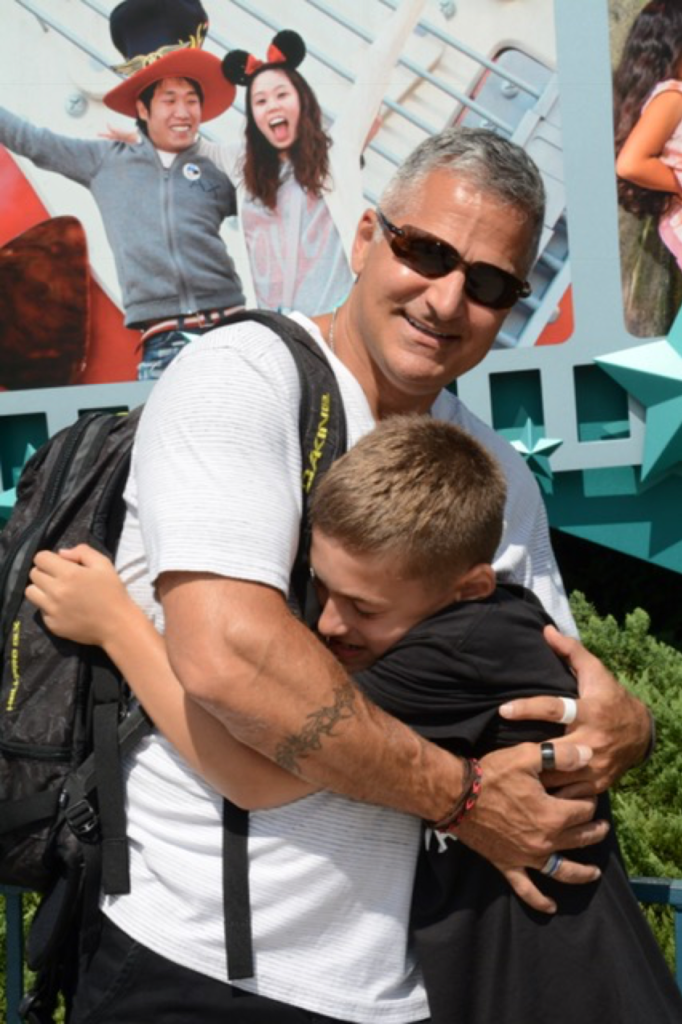 As the owner of Honey Construction and founder of The Fuel Bar, Doug was passionate about eating well and staying fit, and was a competitive kickboxer.

“I’d only feel them when I was training or running, but I was in great shape so I thought the problem was just my lungs—that I needed to train harder to improve my cardio, and I was just hitting a wall. I kind of ignored it,” he says.

During an appointment with his physician, Doug decided to mention the pains in passing.

“I told him pretty much as I was heading out the door—I had barely given it a second thought,” he recalls. “But my doctor took it seriously and decided to send me to the Heart Institute for tests.”

had two artery blockages at 90%, with his main artery at 60% blockage.

“Although they were thinking of using stents to hold the arteries open,” says Doug, “they realized that wasn’t the preferred procedure in my case.”

And so, Doug was scheduled for open-heart triple-bypass surgery in May 2016.

Doug’s first reaction to learning he needed surgery was disbelief.

“I do come from a family with high cholesterol and heart disease—one of my brothers even had surgery. But I really didn’t think I’d be impacted,” he explains. “I was in really good shape, a very healthy eater, and able to do these extreme sports. I was even the most fit of my friends. Everyone was shocked.”

However, he decided to accept the situation.

“In the whole process, my main concern was leaving my 10-year-old son behind,” he says. “That was my greatest fear, so I played it down in front of my son.”

Doug was put on medication to slow his heart and keep him in a temporarily healthier state and took part in a two-hour workshop to learn about the procedure and recovery.

Despite the seriousness of the upcoming surgery, Doug remained calm. He credits the Heart Institute’s staff for keeping him continuously informed and educated.

“The Heart Institute is full of very nice, warm and caring people who explained everything to me, all through the process,” he says. “Never did they leave me hanging or wondering about things. If I had a question, it was answered. In fact, they often gave me answers before I really had a chance to ask!”

The night before his surgery, Dr. Fraser Rubens visited him in his hospital room.

“My doctor wanted to be sure I was okay—and his level of confidence made me feel relaxed, right up to the point where I was wheeled into the operating room the next day.”

“The nurses were extremely knowledgeable—and particularly after surgery, they were fantastic, explaining things and telling me why they were doing certain things. It was really comforting.”

Within a day of surgery, Doug was up and walking.

Within 10 weeks, Doug was able to return to exercising. Within 14 weeks, he was “pretty much going full blast, although not to the level I would have been at, had I not gone through the surgery.”

By September 2016, Doug was even strong enough to travel to Disney World with his son.

“I wasn’t 100% but I was good enough to spend time in Florida for seven days, doing the waterparks and rides and everything,” he says.

Today, Doug is back to work full-time and kickboxing and weight training three times a week.

Recently, Doug joined Leaders at Heart 2020: a group of community volunteers with strong personal ties to the Heart Institute who are working together to develop future volunteer and philanthropic leadership, and raise funds for the Heart Institute.

“This group is supporting the expansion of the Heart Institute, including the equipment required, to expand the services they already have,” says Doug. “The Heart Institute staff does such great work, but if they have the funds to do surgery more quickly or even better than they are currently doing, that would be wonderful.”

Doug has personally donated to the Heart Institute, as has his company.

Since his heart experience, Doug has been encouraging others to pay attention to their own bodies.

“They say heart disease is a silent killer, which is so true. I only experienced pain when I was training, but I didn’t have any other symptoms,” says Doug. “Thankfully I stopped training—but if I hadn’t, I might have had a heart attack or stroke. That’s the reality—heart disease doesn’t always rear its ugly head the same way for everybody.”

“So if you experience any kind of symptom, pay attention and talk to your doctor about it. If you have symptoms of anything, just mention it. Because if I hadn’t mentioned those pains to my own doctor in passing, who knows where I’d be today.”

Previous LinkElva and Bill Holland’s StoryNext LinkPaul and Marilyn Koch: WHEN GIVING BACK IS SECOND NATURE