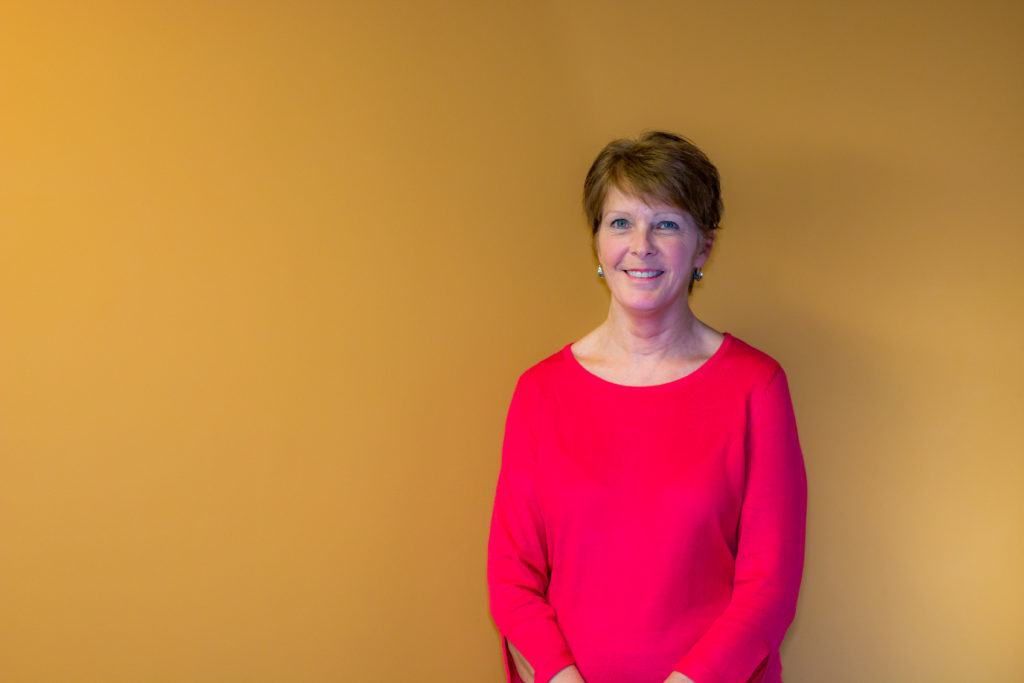 Almost all of Nancy Hansen’s life, she has been affected by heart disease.

Nancy lost her father to a genetic heart condition when he was just 59 years old. In the wake of his death, she discovered she had the same condition.

“I was quite young then, and I remember seeing an endocrinologist very quickly and being told to look after myself so I wouldn’t have issues in my 40s and 50s,” she says. As she aged, she focused on taking care of her health, concentrating on diet and exercise.

For decades, she was monitored and had annual stress tests through her cardiologist. “It was also a kind of wait-and-see approach, to see if I’d developed symptoms,” Nancy says.

A couple of years ago, she began noticing small chest pains but only when she was really pushing herself, like in kickboxing class.

Then in 2017, she began feeling not-so-subtle differences. “I used to ride my bike to work in the summer, and I’d be getting dizzy and also began noticing I had this feeling of being very full, like I’d eaten a big meal,” she says. “That feeling was so consistent that I couldn’t ignore it.”

She mentioned the issue to her cardiologist, who sent her for testing and an angiogram at the Heart Institute. The results came back: Nancy had three very small blockages and one more concerning blockage that would require a stent.

From one to four

“During the procedure, you’re very medicated but I was very aware of what was going on around me and narrating how I was feeling for them,” she recalls.

Nancy was scheduled to have one stent inserted.  While the procedure was underway, she felt pain in her chest and arm.

“I began to feel something had changed,” she said.  “The doctors and nurses were attentive, talking to me and asking how I was feeling, but they were calm and didn’t give me cause to be anxious. I realized the doctor was asking for more stents.”

In the end, Nancy’s procedure for a single stent, turned into the insertion of four stents to repair the damage to her heart.

“My doctor told me that my arteries had been splitting and tearing during the surgery,” says Nancy. “I remember being so stunned and thinking ‘What? How do your arteries do that?’”

While being transferred to her hospital room after the procedure, Nancy began having pains again.

“I was in the elevator and started feeling pressure down on my chest, and then it started into my arm, and I started to think ‘whatever happened to me on the table is happening to me now,” she remembers. “I went from being fine in one heartbeat to having this awful chest pain. As soon as those elevator doors opened, I locked eyes with one of the nurses and told her something was wrong.”

“They put me on a bed and hooked me up to an ECG, put oxygen on me, gave me nitro spray, and were really attending to me,” says Nancy. “They never told me I was having a heart attack. But they knew I needed to get back down to the lab, stat.”

Within a half-hour of her first procedure, Nancy was back on the operating table—this time, for a fifth stent.

Nancy spent the night at the Institute after she received her final stent.

“All my thoughts kept going to my family and how fragile life can be,” she says. “I was trying to process everything that had happened. How did my arteries do what they did? What did it all mean?”

She also realized the impact of the nurses’ quick action.

“Because they moved quickly during my heart attack, I would be able to have a full recovery and little to no damage to my heart, which was phenomenal,” she says.

When Nancy’s husband joined her, they had an emotional reunion.

“He’d thought I was only going to get one stent, but because my arteries split, all the others were being put in to repair the tears,” says Nancy. “He didn’t even know at the time that I’d gone back into the lab for the fifth stent—there just wasn’t time for a doctor to inform him. He told me later that when a nurse said ‘the doctor would like to see you,’ he thought they were going to tell him I died. I didn’t realize that’s where his mind had gone.”

“We both broke down and cried.”

Nancy was home the day after her procedure, back to work within two weeks, and took full advantage of the Heart Institute’s rehabilitation program.

She credits the Heart Institute for its many programs assisting in her rehabilitation.

“They offered so many services and so much support that they helped me focus on the things I could control, like diet and exercise,” she says. “I embraced everything they offered.”

One such service is provided virtually.

“I had a coach who would call me and we’d have biweekly meetings, and she stuck with me all the way through recovery,” she says.

She recalls one particular time her coach provided superb service.

“I’d begun exercising again and was starting to feel better. I knew I could exercise, as long as I didn’t raise my heart rate too much. So I told my coach I was lifting leg weights at the gym, and she said I wasn’t ready to do that. It’s funny because I didn’t even think lifting weights with my legs could hurt my heart.”

She was given strict instructions to lift no more than 10 pounds—and told it would be a long  time before her five stents would heal in her heart.

“You don’t know what you don’t know,” Nancy says. “That blows me away the most—what if I hadn’t joined that rehab program? If I didn’t have that support, I could have seriously hurt myself. I’m so grateful for that program. And really, it’s more than just rehab—it’s recipes and resources, classes from dietitians, and access to social workers, and they’re right there any time you need them.”

“I’m normally a very shy person but I met the most amazing women who I connected with on this beautiful level. We met every other week for six months, and there was so much information provided…really, every woman that goes through heart problems should join this support group.”

“I have a new normal, so I have to do things a bit differently,” she says. “I can only do mild to moderate exercising, so I do it at a lower pace for longer periods of time. Meanwhile, I feel strong.”

Nancy continues to do follow-up appointments.

“My doctors know of other blockages so if I start to feel changes, we’ll be on top of it,” she says. “That’s just amazing that you have this ongoing support many months after the fact. It’s a huge safety net, like you have your own team rallying around you and want you to be well.”

Meanwhile, Nancy is enjoying many of life’s milestones.

“There’s so much joy right now—my son got married last October and now he and his wife have welcomed a son, our first grandchild, and my daughter is getting married this June.”

“My gratitude to the Heart Institute is beyond words, for allowing me to enjoy these precious parts of life.”

Facing the future with gratitude

Today, Nancy is looking toward the future with no fear.

“My son has the same genetic condition as my dad and me, but it’s so comforting to know that if ever he needs the Heart Institute, it’s there for him,” she says. For now, he is planning on taking medication to keep his condition at bay. “The sooner we start, the longer you have before we’re doing things like discovering blockages and having stents.”

Meanwhile, Nancy has come to terms with the emotional side of her life-changing experience.

“I used to be afraid of this happening again, but what I don’t feel any more is afraid of having another blockage or heart attack. I have peace of mind because I know that the Heart Institute is the best place for taking care of me. And that’s a wonderful feeling.”