Paul and Marilyn Koch: WHEN GIVING BACK IS SECOND NATURE 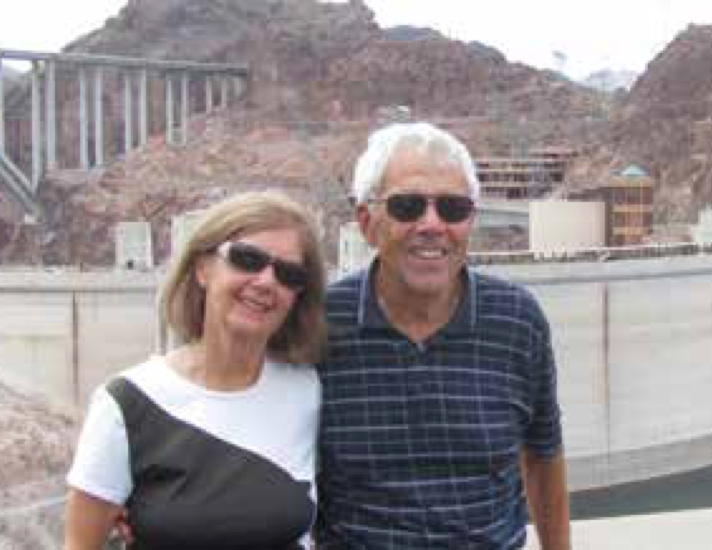 When revising their wills in 2014, Ottawa residents Paul and Marilyn Koch decided to leave a legacy gift to the Heart Institute. “The Heart Institute, without question, saved my life,” said Paul.

An active volunteer fundraiser, Paul Koch and his wife Marilyn have donated time and funds to many organizations and causes. In 2009, at the corner of Bronson and Carling, life took a turn for the Kochs, and this event played a large part in their decision to include the Heart Institute in their legacy giving plans.

Paul and Marilyn had been out to dinner to celebrate their wedding anniversary that night in 2009. Upon returning home, Paul did not feel well, but, at first, chalked it up to an indulgent meal. The next morning as his symptoms persisted, Paul logged on to the internet to investigate. He had an existing hiatus hernia, which can have symptoms that resemble a heart attack, so his second thought was that the hernia was causing his discomfort. Just then, his arm began to tingle and it became clear to both that a heart attack might be imminent.

Rather than calling 911 which would have been the better thing to do, they jumped into the car and with Marilyn driving traveled from their home in Hunt Club toward the Civic Hospital. At the corner of Bronson and Carling, Paul experienced severe heart pain! As they reached the hospital, Paul jumped out of the car and ran into the hospital emergency room exclaiming, “I think I’m having a heart attack!”.

Within minutes he was wheeled over to the Heart Institute, and within an hour he was on the operating table. Paul had a 100% blockage of his LAD artery. In surgery he had a stent put in, and then spent four days recovering at the Heart Institute. “Two weeks later I walked 18 holes of golf,” said Paul, in praise of the care he received.

In many ways, Paul and Marilyn Koch have spent their lives giving back to their communities. Both lifelong volunteers and fundraisers, the Kochs are now both retired and continue to annually support over 20 organizations, both locally and globally.

Inspired by his father, who served as Chair of the Guelph City Planning Board in the 1940s, Paul has been volunteering since he was a child growing up in Guelph, Ontario. “My father was very active in the community and he always encouraged me to be involved and give back to my community — to give time and be as generous as I could be from a philanthropic point of view.”

Over the years, Paul’s volunteerism traveled with him from the University of Waterloo where he received his engineering degree to many organizations in Burlington, Sarnia, North York and finally in Ottawa where the Kochs permanently laid down their roots after IBM transferred them here in 1980.

During his time working for IBM, Paul would reach out to colleagues to help raise funds for a variety of charitable causes.“Often when I would call business associates, they would ask, ‘Who are you raising money for now ?’”, Paul laughed.

In Ottawa, he has contributed his time and energy to organizations such as The Ottawa Symphony Orchestra, The Riverside Hospital Foundation (now the OutCare Foundation), EnviroCentre, The City of Ottawa Environmental Advisory Committee, the Ottawa Sustainability Fund at the Community Foundation and most recently the LPGA’s Canadian Pacific Women’s Open as the Ecology Committee Co-Chair.

In their retirement, Paul and Marilyn enjoy golfing and traveling. However, they still spend time giving back to their community. “Volunteering is one way we keep ourselves busy and feel that we are making a contribution.” He added with a smile, “We don’t know how we had time to work!” While they had previously donated to the Heart Institute, since Paul’s heart attack in 2009, the Kochs have made annual gifts to the Institute which are supported by IBM’s 50% Matching Grant Program for retirees. In 2014 when redoing their wills it therefore only seemed natural to leave a legacy gift to support long term priorities.  “We will continue to support the Heart Institute annually as well as leaving the legacy gift because of the great work that is done there.”

When you leave a legacy gift to the University of Ottawa Heart Institute Foundation, you become a member of the Wilbert J. Keon Legacy Society and will become part of providing ongoing support that funds patient care, research, the Canadian Women’s Heart Health Centre, the most urgent needs of the Heart Institute, among other initiatives and innovations. Your gift will not only help save and improve the lives of others, but it will help you to leave a lasting legacy you can be proud of. To learn more about including the Heart Institute in your Will, please contact the Legacy Gifts team at 613-696-7251 or  wjklegacysociety@ottawaheart.ca