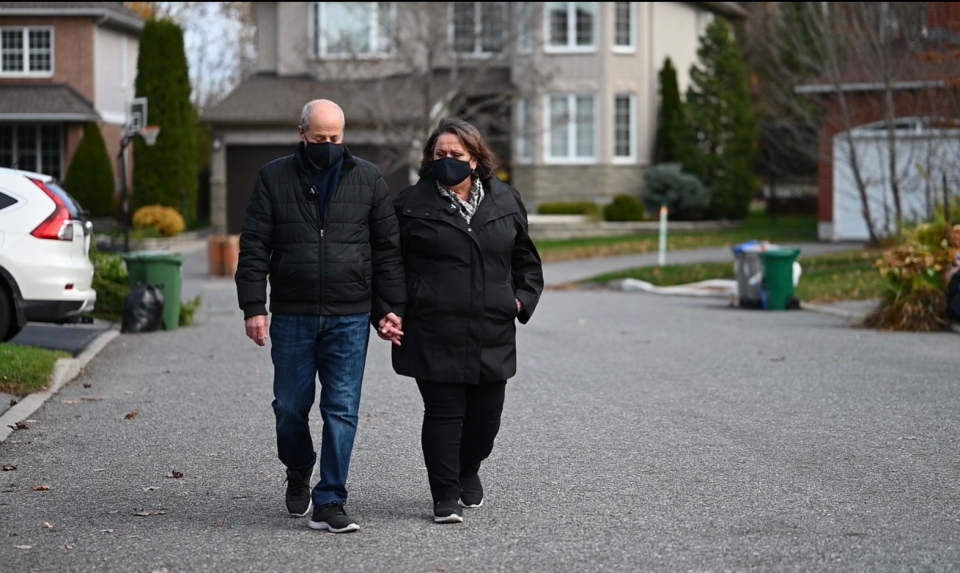 Steve Pino was just 17 when he met 14-year-old Rosa, the girl who would steal and care for his heart for a lifetime.

“I started feeling a lot of pain in my stomach,” he said

“Even for him, picking up a broom, sweeping a floor, he could collapse,” said Rosa.

Steve would need an operation at the University of Ottawa Heart Institute.

Steve received a new heart valve and felt well again. He and Rosa had children, worked and raised a family.  Eighteen years later, however, his valve had worn out.  Again, he turned to the Ottawa Heart Institute for surgery.

“You helped us out once and we believe you’re going to do it again.  And sure enough they did,” said a grateful Rosa.

For a second time, life began again for the Pino’s.  For the next two decades, their family grew. They were blessed with grandchildren and a thriving business “Simply Biscotti.”  Life, like their menu items, was sweet and delicious.  And then, the unimaginable.

Returning from a trip to the grocery store, Steve felt breathless.

“All of a sudden my heart felt like it was going crazy,” he said.

“Oh, it just felt like it was coming out of his chest,” Rosa agreed.

Steve’s heart was racing; 215 beats per minute. 21-years after his second surgery, Steve would brace for a third.

“That day was the toughest thing myself, my girls and granddaughters could have endured,” said Rosa, tears filling her eyes.

One of Steve’s heart valves would be repaired, a second needed to be replaced. Steve’s heart was so swollen post-surgery; doctors left his heart open for several days. In an induced coma, the family prayed for his recovery.

“When we said good luck to him before the surgery, it was more like we were saying goodbye.”

In time, however, Steve did recover.  Rosa said staff at the Heart Institute called her husband the “miracle man.”

“A miracle that would not have been a miracle had it not been for the team at the Ottawa Heart Institute.”

It seems Steve had a lot to live for.  He was able to walk his youngest daughter down the aisle, and recently welcomed his newborn granddaughter.

His family shares his sentiments.

“He’s the greatest husband, father and grandfather in the world.  He’s not a big teddy bear. He’s a tiny, gentle, skinny teddy bear.  He’s here for everything still to come,” she said.

And Rosa, Steve’s bride of almost half a century, is excited to share many more wonderful years with the love of her life.

“We’re here together and we’re still living our life.”

As Rosa reaches for Steve’s hand she asks him “Would you do it all again?”