John Herzog: From a heart too big to a great big heart 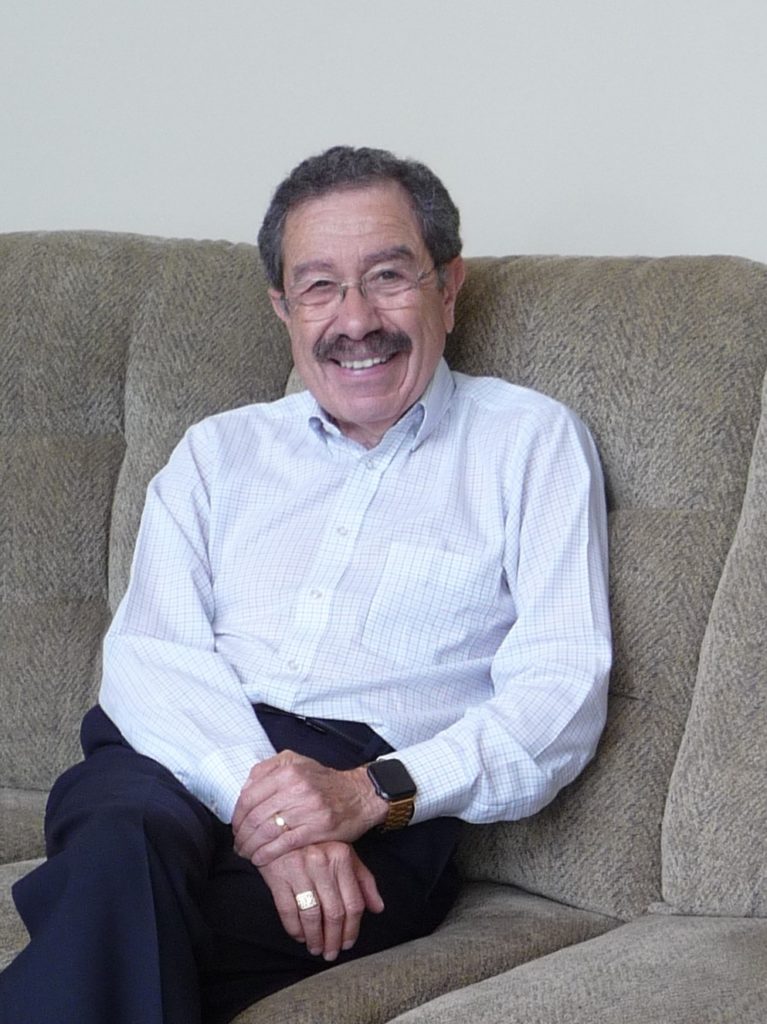 At the height of World War II, bombs were exploding throughout John’s home town of Budapest, Hungary.  John was only three and had been hospitalized with Scarlet Fever. The doctors noticed his heart was beating too fast — at 90 to 120 beats a minute instead of the normal 60 to 80. They determined his heart was dangerously enlarged, and so began John’s journey with heart disease.

John is stoic about this difficult time of his life. “I lived with it,” he says. “When you’re in the middle of the war and your father is off with the ‘volunteers’ in the military and 80 per cent of your city destroyed, you feel lucky just to survive.”

At the age of eight John was diagnosed with pericarditis and myocarditis.  He was prescribed absolute bed rest and spent what would have been his Grade 3 year confined to bed, listening to stories his mother would read him, focused on keeping up with his schoolwork and seeing doctors twice a week.

In 1948, without compensation, the government nationalized his father’s business, the biggest shoe factory in Hungary. To be allowed to stay and manage his own company, his father would be required to join the Communist Party.

“My father refused,” John says. “He was a very principled individual.”

It became obvious that they had to leave Hungary. By 1949 the “Iron Curtain”, two sets of high fences with landmines in between them, was erected around Hungary.  John, his parents and his three-year-old brother had to escape. They hired a “good” human smuggler, John calls him a “guide”, who, for the equivalent of his father’s annual income, would help them.

“It’s amazing what you can do when there’s no choice,” he says. “After a year of being motionless, I got out of bed and walked 20 kilometres — through farmer’s fields and across creeks. My little brother had to be carried. The only place the guide picked me up was when we had to cross cornfields. I was much shorter than the stalks and I couldn’t move in them. ”

When they reached the barbed-wire fences, the guide cut a hole, just big enough to let the family through, and disabled a very narrow path of landmines.  “This was life and death,” he says. “We crossed to Austria and were led to a farmer who was paid to shelter us. Then he drove us to Vienna in the back of his truck full of barrels of raspberries.”

After some time in Vienna, the family went to Paris to await the documents required to move to their new home, Canada. His father was fluent in English and French and valued Canada’s democratic society.

Once settled in Montreal, John had to repeat Grade 1 because he didn’t speak English -but he soon caught up. Discrimination and bullying were frequent, not only by children, but by teachers, particularly one who didn’t like his exemption from physical-education class.

After high school, while working full time, John went to night school and graduated from Concordia University with degrees in Commerce and Arts. He studied systems analysis, which led to his long career as a management consultant with PricewaterhouseCoopers, where he became Partner; a position he held for almost 20 years. He led an active lifestyle, learning how to swim and ski in his twenties.

In 1971 when John was 31, he and his wife Angie had been married three years and had a nine month old son. A cardiologist discovered a lesion — essentially a hole — in John’s heart. The doctor explained that John had been born with only three chambers, instead of the usual four, and recommended urgent surgery to insert a synthetic wall, the size of a toonie, into his heart.

“That news came just before Christmas and my open-heart surgery, very aptly, was done on Valentine’s Day 1972,” he says. “When I woke up, I couldn’t believe how smoothly my heart was beating, I thought I must still be on the heart-lung machine.”

For the next 30 years, John enjoyed an active life and good health.

The next heart event came at the age of 62.  Now living in Ottawa, John reported some mouth pain during his annual check-up at the Heart Institute.  His cardiologist, Dr. Lyall Higginson, said that the pain was a symptom of angina.  Tests soon revealed that three arteries were completely blocked.  John was quickly booked for triple bypass surgery.

“The care and support I received at all levels was amazing,” he says. “The Heart Institute is something quite extraordinary in terms of culture, dedication and professionalism.”

Philanthropists at heart, John and his son Mike initiated the “Virtual Run.”  Participants raised money for the Heart Institute by registering to complete a five kilometre walk/run at their own pace and place.  “The first year of the run,” he says “we made a large donation to kick-start the program, and created the Herzog Family Endowment Fund at the Heart Institute.”

In 2018, John and Angie made provisions in their wills to designate a portion of their estate to the Herzog Family fund. “You don’t need a fund to make a gift in your will to the Heart Institute. Anyone can do it and the results will be immeasurable. Your legacy is the gift of time for other cardiac patients.”

Today, John enjoys daily walks and is happy to help spread awareness about heart health and the Ottawa Heart Institute.  Asked why it’s important to give back — in time and donations — he smiles and offers “an absolutely selfish reason,” as he puts it.

“I like the satisfaction,” he says. “It makes me feel good.  And I think that’s good for my heart.”